My little low-carb n=1 continues to thrive. At 26 months, she is able to count to 14 and name a square, triangle and circle. She is very determined and wants to do everything herself, now. I think this is called the “terrible twos” although it appears to be a mild case. She continues to eat a low-carb diet of veggies, meats, fish and cheese supplemented with formula. Her sturdiness is remarkable with an unbroken record of no rashes and only an occasional sniffle when a virus comes around. We have put the boat away for the winter and are getting ready for ski season and I am sure this is going to be her break-out year on the mountain. The fact that she was skiing Whistler last season at 17 months is amazing but her strength and coordination are so much better now that I am sure she will be burning up the slopes this year. Her brother has been warned to keep a look out over his shoulder as she will be giving him serious competition soon. He is a very capable skier at eleven having done eight seasons at Whistler and climbing through the grades of the excellent ski school there. Although he skis the double black diamond runs with me, he is more laid back by nature and not interested in competitive programs. She, on the other hand, has an inner toughness and drive that is going to be fun to watch. So far, it appears that our little low-carb baby is staying well ahead of the curve in every respect.

There have been some interesting developments in the low-carb blogosphere. My friend Eddie from across the pond had his blog pulled by Google. You will recall from my earlier posts that he was waging a battle with the anti-low-carb crowd who were controlling the low-carb forum at www.diabetes.co.uk. He contacted me after I was banned from posting there and I arranged for Jimmy Moore to interview him. This shone some light on the perverse goings-on in what was supposed to be a low-carb forum for diabetics which resulted in the much-deserved sacking of the moderators. Eddie, who had been banned as well by those errant mods, had started his own counter-blog. After the moderators left DCUK, they, too, started a counterblog whose main purpose seems to be to attack Eddie. This has continued with jabs going back and forth and, on Eddie’s blog, at least, some other interesting and useful information posted on a daily basis ranging from reviews of recent research to recipes and photos of low-carb dishes. Although he was obviously an irritant to those who fake adherence to a low-carb diet or who try to defend the status quo, there was nothing terribly offensive about the postings in my opinion. Although quite pointed at times, most of it was witty and humorous. So it was a surprise to find the blog had vanished. I contacted Eddie to find out what happened. He said it was because he had violated the Google guidelines but that they would provide no details nor was there any avenue of appeal. Someone obviously convinced Google that his years of accumulated blogging should be deleted. It would appear to me that that someone did a number on Eddie and that Google, with their severe policies, were manipulated. Eddie, however, is not to be deterred and has started a new blog at: http://lowcarbdiabeticuk.blogspot.com/. I would encourage you to bookmark his site and offer him encouragement. He is fighting the good fight.

My friend, the Swedish low-carb physician, Dr Andreas Eenfeldt, who blogs  at www.dietdoctor.com has been quite active lately and has contributed to recent events in Sweden. As you may know, the Swedish government investigated another low-carb physician, Dr Anna Dahlquist, who was publicly advocating ketogenic diet for the treatment of diabetes. A couple of nutritionists made a formal complaint of malpractice against her which compelled the Swedish Ministry of Health to investigate. When the report was published, it exhonorated the doctor and found that the low-carb diet approach she was using was a valid treatment option. This appears to have galvanized a resurgence of low-carb dieting in Sweden. A recent poll found that 23% of the population was restricting carbs and that 9% were eating a very low carb diet. There have also been reports that Sweden is experiencing a shortage of butter and that their advertising standards council has asked Unilever to remove their ads that suggest margarine delivers a health benefit. Andreas had published a book on low-carb dieting a couple of years back which became a best-seller and he has been gaining prominence in the low-carb blogosphere with his lecture at the Ancestral Health Symposium this summer which is available on his blog. He has now posted a video interview he did with Dr Robert Lustig at the recent American Society of Bariatric Physicians meeting in Las Vegas,  entitled, “Beyond Gluttony and Sloth”, which is one of the better and more succinct explanations of the importance of carbohydrate restriction you will find anywhere. I would encourage everyone to visit www.dietdoctor.com to view that video.

Over at the Huffington Post, the liberal on-line news outlet, I have been making an effort to put a dent in their low-fat, vegan biased approach to health by making comments on their articles on diet. Some of you have already figured out that my nom de plume there is canuck1950. My efforts to press the case for low-carb have been hampered by the fact that Dr Dean Ornish was made medical editor there a few months back. I don’t know if they have me on a blacklist but it is increasingly difficult to get my comments published. I now refer to this as ‘getting through the Ornish filter’. A recent example occurred with an article on vegan diet which, of course, brings out all the zealots and the topic inevitably gets around to a discussion of their dietary Koran, “The China Study”. My attempts to interject in the discussion thread on that article were completely blocked.

Now, I will admit I have not read “The China Study” although I am more than passing familiar with it. I recall the first time I heard about it was at a meeting in Ottawa where a group of experts were gathered to discuss setting the health research agenda. Someone, who shall remain nameless, but who was highly placed in the nutritional science community at the time, started debating with me during a coffee break. He had read “The China Study” and believed it presented the best evidence on what is the ideal diet for humans which he described as consisting of whole grains, fruits, veggies and little or no animal products. I was, of course, arguing that a high-fat carb-restricted diet was better. The remarkable, and most memorable, thing about that encounter was the fact that throughout the whole discussion he was holding in his hand a large danish pastry literally dripping with some kind of liquid sugar coating. Obviously, only one of us was walking the talk when it came to our positions on a healthy diet. In the ensuing years I have seen “The China Study” put forward as the definitive guide on healthy diet in a number of settings. At the same time, I have read several critiques of both the study itself and the book that carries its title. Recently, a young woman in Oregon, has risen to prominence in the low-carb blogosphere for her excellent work in this area. Denise Minger apparently has a liberal arts background but also, obviously, has an amazing ability to read and critically analyze scientific work. She has a blog, www.rawfoodsos.com, where she has posted lengthy and incredibly detailed critiques of “The China Study” and the more recent film of the same ilk, “Forks Over Knives”.  I would encourage you to go to her site and read both pieces to better understand how science can be manipulated to push an agenda. I have no problem with people who choose to be vegan out of concern for the welfare of animals. I do have a problem when they manipulate the evidence to try to convince others that this is the ideal human diet. One need only consider that, if we don’t eat animal products we will quickly suffer the consequences of vitamin B12 deficiency, to understand that we have evolved to rely on those foods. If you look at the history of human life on this planet, the emergence of vegan and vegetarian diets is a phenomenon of very recent times.

Meanwhile, people like Dr Dean Ornish, have gained a lot of credibility by showing that a very low-fat vegan diet delivers health benefits to people at risk of cardiovascular disease. This is true when you compare that diet to the crap most people eat today. What we need is a study that compares the Ornish diet to a very low-carb high fat-diet. I am not holding my breath, however, as Ornish currently has the upper hand in terms of profile and influence. Not only is he controlling the discussion at Huffington Post but he is also the medical editor at Newsweek. He has attracted iconic people like Bill Clinton and the late Steve Jobs to his corner and I am presuming Arriana Huffington, too. Clinton, I am sure, finds that his cardiovascular risk markers have improved now that he is no longer eating all the crappy junk food he was famous for. Jobs, on the other hand, didn’t do so well. You find nothing in the mainstream media that focusses on the curious fact that a lifelong vegan would develop a cancer of the neuro-endocrine system. Or that he eschewed early surgery, which might have saved his life, in order to double down on the diet for nine months. Or that one of his close friends and advisors throughout all this was none other than Dr Dean Ornish. I sometimes think that we in the low-carb arena are too nice. Just think what would have been the consequences if Jobs had been an Atkins adherent.

And for a very funny take down of Dr Neal Barnard of the Physicians Committee for Responsible Medicine, which is actually a PETA-affiliated group dedicated to the promotion of vegan dieting, go to www.thedailyshow.com (in Canada: www.thecomedynetwork.ca/Shows/TheDailyShow) and find the November 3, 2011 segment by Aasif Mandvi called, “Death from a Bun”. Hilarious. 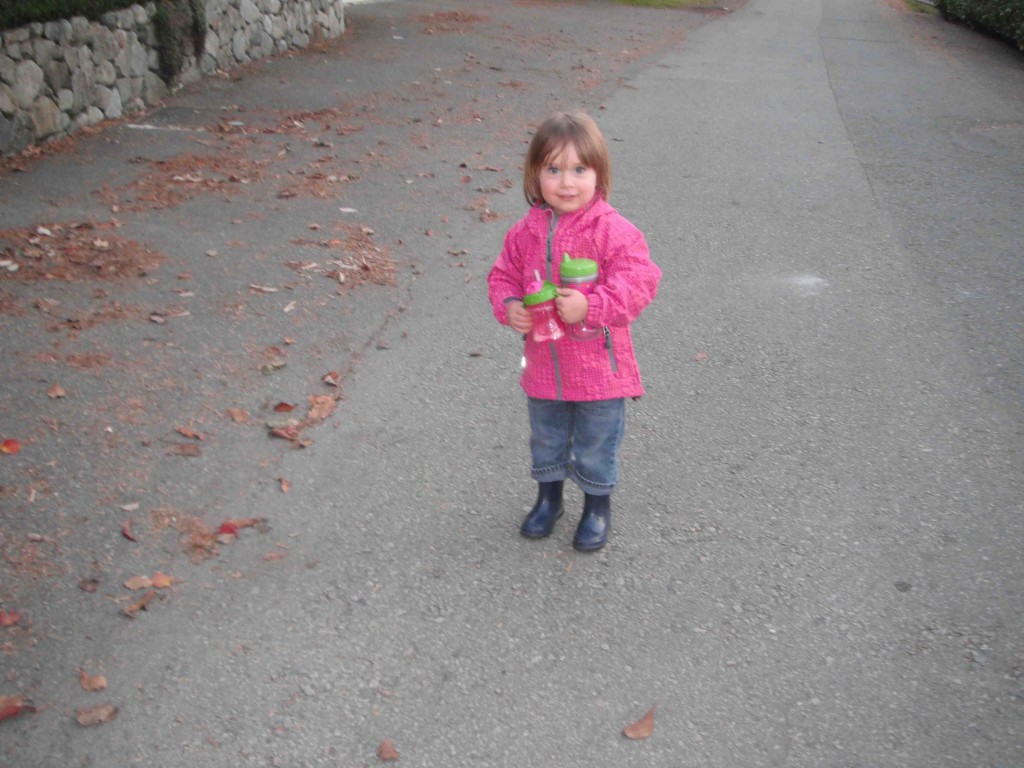 8 thoughts on “Update on my little n=1 plus other goings-on in the blogosphere.”