A couple of days ago, our neighbour’s teenaged daughter called to ask if we had some fresh basil to spare. I cut some sprigs and put them in a baggie which she came to fetch. As I came back into the house, I passed Issy who was busy with some toys in the hallway. Without looking up, she said, “That was nice of you, Dad”.  My wife and I exchanged looks of incredulousness. This is something we find out selves doing a lot these days with our little daughter who seems so advanced for her age.

Issy has acquired a large vocabulary and is very good at expressing herself, often using multi-sylable words and complex grammar and syntax. She is very self-assured and polite. She is always saying, “please”, “thank you”, “you’re welcome”, “no thank you Dad”. She loves books (one of her brother’s good habits she has picked up) and insists on a number of them being read to her at bedtime. We have noticed that it takes only a couple of readings for her to accurately memorize the text which she then recites as though she is actually reading. She announces each book by its title and author and seldom makes an error when reciting the story, page by page. All of this before her third birthday. We think she may be exceptionally smart and are looking forward to her pre-school which starts soon so we can get an objective opinion on that (I am acutely aware of the fact that all parents tend to think of their kids as exceptional).

Of course, if there is something extraordinary going on here, I attribute it to her dietary history. She continues to thrive on her LCHF toddler fare. She eats with gusto and likes a lot of the things she finds on her daddy’s plate. In the morning we share my usual breakfast of frittata with tomatoes and mayo. Occasionally, when I have more time, I make a plate of over-easy eggs with lots of salt, pepper and cayenne with fried tomato and maple flavoured bacon all doused with mayo and green salsa. She wolfs that down. She still eats the special foods we prepare for her including pureed meat sauces and veggie dishes like creamed spinach but she loves our dinner entre’s like barbequed salmon or ribs or steak and will still try to grab a sip of wine when we aren’t looking. She is tall for her age and slim and fit. And she is as tough nails while being the most sweet and charming little girl when she wants to.  She is stubborn as all get out. When she has made up her mind about something there is no compromise. It’s “my way or the highway”. As difficult as this can be at times, I really admire her tenacity even though it often drives her mother to the brink of madness. I am comforted by the thought that nobody is ever going to push her around. She is definitely the dominant personality of the household.

I try to take Issy with me on errands as often as I can and on the occasional overnight trip just to give my wife a break. She is already asking when I am going to teach her how to drive the car, something her almost teen-aged brother has never mentioned. He is perfectly content to be chauffeured around with his nose in a book or some kind of electronic device yet he is still very capable when it comes to driving the boat or the garden tractor. He continues to do really well, too. He is a fine young man at the age of twelve. He is slim and fit even though his idea of a good time is hours in the basement on his xBox wearing a headset so he can play with his buddies from school and god knows where else. He is currently taking his fourth level in sailing which entails spending all day on the water in a small dingy over the course of two weeks. In the winter we ski every weekend and school holiday, something he has been doing since he was three. He isn’t as low carb as Issy, having developed some bad eating habits before we went all in with LCHF when he was two. In both their diets, though, there is no sugar. Alex eats a bit more starch but we have recently switched to all gluten-free products. Issy tends to pick up on his bad habits and likes to eat some french fries if we are in a restaurant and will eat a rice cracker or two at home. They both like sweets but are usually satisfied with things like my low-carb ice-cream, whipped cream with berries and sugar-free freezies. I was hoping Issy wouldn’t develop a sweet tooth having had no exposure to sugar from the time of conception but, for whatever reason, that was not to be. It just means that I have to make sure we have a good supply of my ice-cream on hand along with other wholesome treats like the cookies my wife makes with coconut flour, flax meal and sugar-free chocolate chips.

They both continue to be very sturdy when it comes to community-acquired infections. When a virus comes around they might get the sniffles and a cough for day or two but no really serious malaise. Issy still remains remarkably fever-free and still has not had a diaper rash (although the diapers are pretty much gone now). Neither of them has ever had an ear infection or sore throat. All of this, I attribute to the diet, of course.

Although we haven’t had as much time in the sun this summer as we would normally do because of my “career transition” (more on that to come), both kids seem remarkably resistant to sun-burns. We learned over the years with Alex that, although we usually used sunscreen, he didn’t appear to really need it. Even in the most direct sunlight, he never burns as his skin turns to a radiant, golden brown. It appears the same is true for Issy. Both of them are sporting a very healthy glow as we approach the end of summer and we tend not to bother with sunscreen most of the time now (I know this is heresy in the eyes of my derm colleagues but the more I learn about the metabolics of cancer, the less I am convinced that skin cancer is simply due to sun exposure). Alex, having been on the water all day, every day for the past two weeks without sunscreen, now looks nicely tanned but not excessively so.  I think there is something going on here that is also related to their LCHF diet.

And, of course, both kids are beautiful. Alex’s feet are almost as big as mine now so he has a growth spurt coming. He is well muscled, slender and fit. He has big green eyes and eyelashes so thick and long that they are often the first thing people notice about him (mostly women and gay men). It is not unusual for complete strangers to comment on his eyelashes. He is also very photogenic. The camera has always loved him. Both his mother and I have been telling him that he should consider modelling as a way to generate income for the college fund. He thinks we are crazy, of course. And, Issy, with her piercing blue-green eyes and little button of a nose, shows signs of a visage of great beauty in development.

I don’t mean to be superficial about appearances because I think true beauty is a deeper and more complicated trait than simply how one’s integument looks. While, I think that their diet has a lot to do with their skin tone as well as their physical development, I also think that it gives them a mental and emotional benefit, as well. Poise and self-assuredness are attractive as are a sense of humour and joie de vie. While both of them are fit and sturdy and radiate a glow of good health, it is my hope that a diet that promotes brain growth, intellectual function and a healthy, stable emotional state will provide the underpinnings of true beauty.

Alex has a razor-sharp wit, does well academically and is no slouch intellectually while it appears that Issy may be truly exceptional in terms of intelligence and social development. If that turns out to be the case, I would speculate that this will be due to the intra-uterine and epigenetic effects of a ketogenic diet during her gestation and infancy as these are the things that distinguish her dietary history from that of her brother.

All in all, as we celebrate Issy’s third birthday this week, the n=1 is everything I had hoped it would be. I cannot imagine a healthier or more well developed child of three. Although she is bossy as heck, we are so happy she has joined our family. There is much love in our household and a sense that it is going to be a wild ride, as well, with the best yet to come. 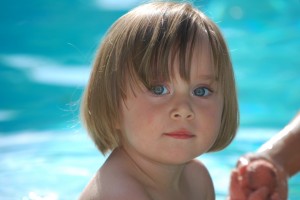 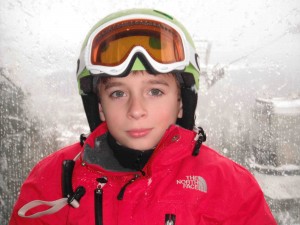