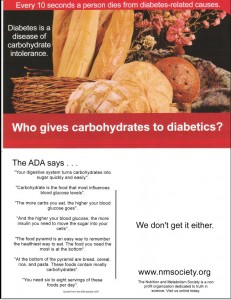 24 thoughts on “Who gives carbohydrates to diabetics?”